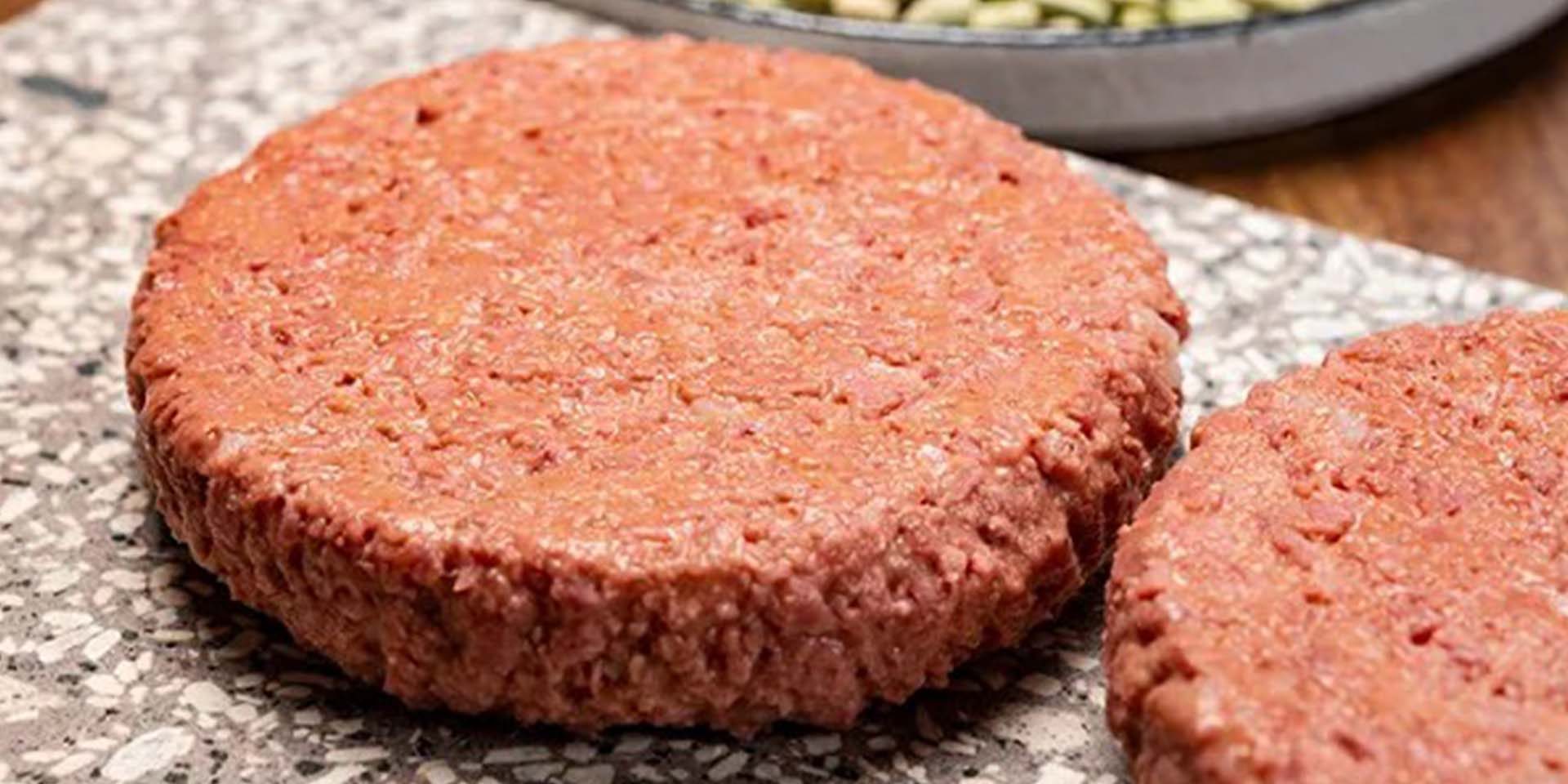 Plant-based meat is based on vegetable protein, and a biomimetic meat product with animal meat fiber structure, texture, color, flavor, taste and appearance is prepared by certain technical means. The composition, type of ingredients and moisture content of the plant-based meat matrix can have a significant impact on the texture and mouthfeel of the final product.

The effects of material properties and composition on the texturing properties of extruded products are significant and complex. The formulation of commercially available textured protein-based vegetable meat mainly includes 6 ingredients (Table 1): water, protein, flavoring agent, fat, binding agent and coloring agent. Among them, water accounts for 50% to 80% of the total composition, which has the effect of plasticizing and providing juiciness in the processing of vegetable meat products. Since food colloids such as proteins and polysaccharides play a crucial role in product identification and differentiation, and fatty substances are key factors in improving flavor, texture, mouthfeel, and nutrition, this article focuses on the role of protein in plant-based meats progress in applied research.

Plant proteins are mainly composed of globular proteins, and the forces that maintain their higher-order spatial structures are mainly weak interactions such as non-covalent bonds or secondary bonds. Almost all plant proteins can be used as raw materials for the preparation of plant-based artificial meat, such as soy protein, cereal protein and potato protein are the bulk raw materials for the production of plant meat.

Based on a comprehensive analysis of raw material yield, price, and functional properties, soy protein isolate (ISP), soy protein concentrate (SPC) and pea protein isolate (PPI) have better emulsifying, gelling, and water-holding properties due to their lower prices. and fat-binding properties, so it is commonly used in commercial plant-based meat products. Although high protein purity has no positive correlation with the texture and appearance of vegetable meat, ISP is most commonly used for high-moisture extruded vegetable protein meat due to its protein content of more than 90%, weak beany flavor and lighter color. Research. ISP can form a fibrous structure visible to the naked eye when the water content is 50% and the extrusion cooking temperature is 124℃, and the X-ray scanning results confirm the formation of anisotropic structure.

Pea protein is the main component in the by-product of the processing of pea starch into pea vermicelli. Pea protein is a major plant source of branched-chain amino acids (BCAAs) with a content of up to 18.1%. Branched-chain amino acids constitute about one-third of skeletal muscle protein. Supplementing branched-chain amino acids can inhibit the degradation of skeletal muscle protein, relieve delayed muscle soreness after strenuous exercise, and promote muscle recovery. Pea protein has low allergenicity, high nutritional value, strong emulsification and foam stability, and has become the mainstream vegetable meat protein raw material. However, the pea protein has a weaker gelling ability, and the prepared vegetable meat has a softer taste and poorer elasticity. In order to improve the gel properties of pea protein, different kinds of salts (NaSCN, NazSO4, CHCOONa, NaCl) are often added to the system to improve the gel strength by promoting the formation of more hydrogen bonds between pea protein molecules.

In addition, the soy protein currently used for high-moisture extrusion also includes lupin, broad bean, mung bean, chickpea, etc. Because mung bean protein has good gelling ability, it helps to combine particles and enhance water holding capacity, so it is often used in combination with soybean protein and pea protein to improve the texture of plant meat and enhance chewiness.

Cereals are the most important food crops and are commonly used as seeds (rice, barley, oats and maize) and flour (wheat, rye and maize). Wheat protein (WG) is an important economic by-product in the wet processing of wheat flour, mainly composed of gliadin and glutenin. Wheat protein has viscoelasticity, binding ability, dough forming ability and fermenting ability. It is a promising bonding material. It can be used as a thickener for meat patties, as a binder for sausage products, and as a binder for large Block foods to make reconstituted foods.

Rice proteins can be divided into 4 categories according to their solubility and biochemical properties: albumin, globulin, glutenin and gliadin. Among them, glutenin also has subunits linked by disulfide bonds, which can improve the application in plant meat. The role of texture. Cereal protein is high in cysteine and methionine, with lysine being the first limiting amino acid. The content of lysine in rice is higher than that of wheat protein (2.3g/16g N) and corn protein (2.5g/16g N). With a biological potency of 77, rice protein is a high-quality vegetable protein with similar values to beef (77) and fish (76). In order to solve the problem of unbalanced amino acid composition of soy protein, rice protein is often added. In addition to wheat and rice proteins, there are corn, barley, oat, and sorghum proteins. All of these proteins can be used for the production of texturized proteins, however, considering the economic benefits, they are not suitable for mass production.

3. Potatoes and other proteins

Although the protein content of potato tubers is not high (2.3%), the nutritional value of potato protein is high, rich in lysine, methionine, threonine and tryptophan, and the biological potency is about 80, which is significantly higher than that of FAO/ WHO standard protein. Potato glycoprotein is the main component of potato protein with good solubility, emulsifying, foaming and gelling properties. In addition to being commonly used to supplement soybean protein to improve texture, potato protein can also be extracted from rapeseed, cottonseed, peanut, sunflower seed, sesame, safflower, flaxseed and other oil crops as raw material for vegetable protein meat.